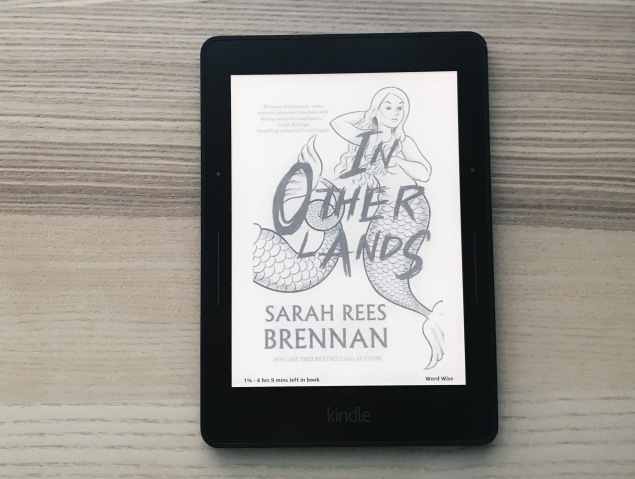 This is a dream of a fantasy book, the ultimate fairy-filled tale I wanted as a kid, with a main character who’s a brat, but a smart one, and both supportive and tired of his friends.

Elliot, the main character, is a boy who’s recruited to this magic school in a strange land over the wall. He’s read about this kind of thing, and it rarely goes well, but his home isn’t especially welcoming or safe, so he takes the chance. He’s told he’s allowed to leave anytime, and after being challenged by the too-perfect Luke, he’s tempted to stick around just to annoy him.

The magic school is a familiar trope, but not in this form. Which is said a lot, but Elliot’s magic school is more like military academy, and he’s aware of it. He’s one of the fewer students in training for Council positions, which is the ones who draws up maps and treaties, while the rest of them train to be soldiers and generals. But while he might be book-smart, he’s not able to keep his mouth shut, and it lands him in quite a few situations. Turns out the adults don’t want a kid to tell them how to do their jobs. If you’re Elliot, that’s only a challenge. It’s refreshing seeing how he’s clever, but also fucks up more than once, putting people at risk. He’s unstoppable, with very capable, well-written friends. His insecurities are something that comes out throughout this book as we follow him for a few years. His criticism of the society turns to “fuck it, I’m coming with” to real plans that doesn’t always go the way he thinks, and it’s fantastic to read about.

There was a lot of mention of sexism, like how the Serene and the rest of the elves society see the men as a patriarchal society see women. The men are supposed to raise the children and be sensitive, while the women are warriors. So this comes up continually throughout the book. You think it’s said enough and nope, there it pops up again. I usually like books, especially fantasy, dealing with these issues, but it felt forced and preachy at times. But then it also was funny and a lot more sad imagining Brennan writing this book and putting in another paragraph of anti-sexism every time she’s reminded of the Trumps of this world. So while I found it annoying, can I really blame Brennan for trying to include it?

One thought on “In Other Lands by Sarah Rees Brennan”