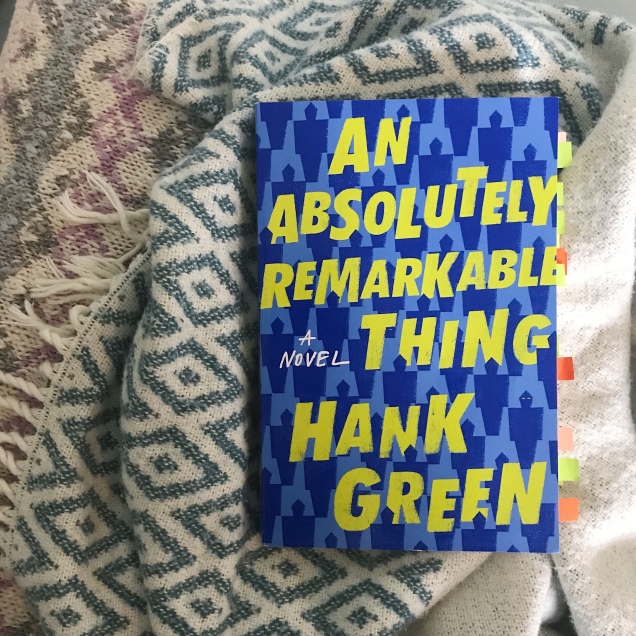 So I wrote another spoiler-free review here, where I gave the book five out of five stars. I’ve never made two parts reviews, but I really want to geek out over this book honestly.

So I just listened to an interview by Hank where he said the book was born out around a lot of individual scenes and trying to write a story around them, especially the grape jelly scene. Did he mean Carl making a person turn into grape jelly? Jeez. That’s a great way to start writing a book, and makes my ideas feel a bit more valid.

Anyway, here’s a lot of moments I liked:

There’s a sequel coming being currently written, which I didn’t know going into it. The ending was very open, but I had no problem with it. If there was no sequel, I would’ve taken my immediate theory of  April being uploaded to a computer-mind of sorts. That she still lives, but outside of a body. I don’t know if there’s evidence of that yet as I haven’t read theories. Also I’m not sure that she’s completely herself towards the end. I feel there might’ve been a shift, of Carl taking more control or sharing more with her or maybe just more a natural “losing herself”, but haven’t looked too much into it yet.